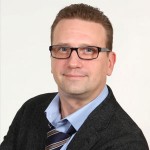 Growing up in small town Canada, the son of a Psychologist and Social Worker, Jeff has always displayed a passion for helping others.

He was one of the youngest people in North America to be certified as a practitioner of Neuro-Linguistic Programming at the age of 15.

He studied psychology and at the University of Windsor before becoming is a clinical hypnotherapist and a World Renowned expert in the neuroscience of  brainwave stimulation.

Jeffrey is published author, writing his first book in 1999 “The Enzyme Revolution”with his most recent contribution, “The Secret Skill” appearing in “Adventures in Manifesting” Success and Spirituality.

Jeffrey has appeared on local and national TV and Radio shows and most recently as a TEDx University of Windsor Speaker.

Having created over one hundred acclaimed self improvement titles for business, coaches and government programs, it’s no surprise that Jeffrey is considered by today’s top thought leaders as the leading creator and innovator of brainwave stimulation technology.