Achieving Your Best You 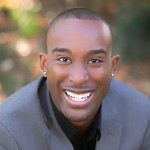 Growing up in the backwoods of Silverhill, Alabama, Nisan seemed to move as fast as a Nissan 370Z with lots of activity being a part of his everyday life. He loved sports at an early age and transitioned from football, basketball, and baseball year-round. By his senior year of high school, students voted him as Most Athletic and Homecoming King. Soon thereafter, he earned a football scholarship to one of the nations’s top academic universities, Bucknell Unversity.

Nisan made his impact on Bucknell’s campus in several ways. His motivation and inspiration spread across different communities, diversities, and social economic backgrounds. He co-founded a student-led faith based organization called The Gathering. Trotter was also recipient of the Most Inspirational Player Of The Year Award (voted in by his teammates) and even the university honored him with the first ever Diversity Achiever Award because of his ability to connect with such a wide group of people.

Daring to dream, Nisan’s impassioned pursuit of entrepreneurship led him to co-founding TROTFITNESS Fit Body Boot Camp, one of the nation’s top fitness boot camps. He has helped thousands of people in The Greater Susquehanna Valley in Central Pennsylvania reach their health and fitness goals. His success gradually garnered national and international attention en route to winning the 2015 Fitness Business Summit Personal Trainer of the Year Award.

Nisan is now a highly sought after motivational speaker, having presented across the nation with the thriving rise of NISANRPM, the ultimate motivation brand. He has creatively crafted his life’s stories to inspire and empower high school and college students, athletes of all kinds, fitness entrepreneurs, small businesses, corporations, and non-profits. His clients go to a higher dimension as Trotter helps them discover their unique gifts and talents. They accelerate and excel in their dreams, passions, purposes, and reasons for being with NISANRPM alongside.

Being the proud husband of Yorelis Trotter and loving father to Onesimus Trotter (with a soon-to-be new Trotter on the way), Nisan lives under the heart-felt conviction that “you have a supernatural power to accelerate and excel!”